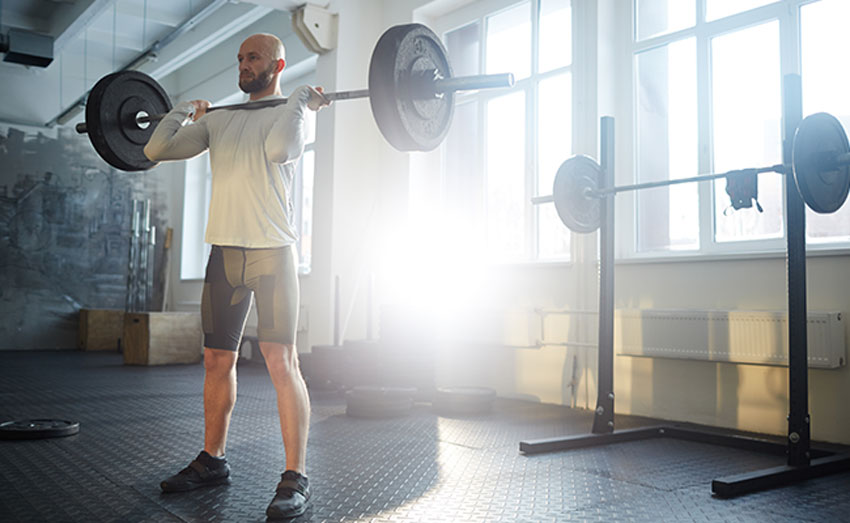 The military press: instructions for use

The military press is a polyarticular movement for the shoulders that is performed while standing and with a bar. It was, until 1972, the 3 th movement of weightlifters (with the snatch and the clean jerk) but was withdrawn from the events because the athletes l ‘had transformed into a kind of distorted push press jeopardizing their physical integrity. Today, this movement is a staple of CrossFit boxes and also an exercise of choice for bodybuilders who want to develop strong and massive shoulders.

Like any self-respecting polyarticular movement, the military press recruits several muscles and promotes overall and homogeneous development of the shoulders and the shoulder girdle.

The shoulders are the muscles most involved in military press, especially the anterior and middle part.

To push the bar overhead, the intervention of the triceps is necessary, especially in the second part of the concentric phase.

Just like the hamstrings, which slow the descent to the squat, the dorsals are involved in this movement, especially in the eccentric phase (when the bar goes down to the starting position).

The top of the pectorals is very stressed during the military press. This is due to the frontal position of the bar which recruits the upper part of the pecs.

The abdominal strap and lumbar muscles are extremely stressed during this movement, which is performed while standing. To keep the torso straight and in the right position, it is indeed necessary to contract the abdominals well so as not to sag . The same goes for the lower back, which prevents too much arching of the back.

To maintain an ideal position throughout the movement, it is important to properly contract your glutes , just like your abdominals. This voluntary contraction of the gluteal muscles keeps the bust straight and relieves the lower back.

How to achieve a perfect military press

If you have never done this exercise, we recommend that you try it on an empty bar .

The military press is carried out standing up. You can therefore place yourself in a squat cage so that you can grab the bar high.

We do not recommend the guide frame (smith machine) for this movement because it is difficult to position your feet correctly and the bust may be in a situation of imbalance between two fixed planes. The risk of injury is therefore high.

Rack and unpack the bar

Place your bar at the height of the collarbones.

Then position yourself below, with your hands open on each side, and grasp the bar, which must first remain resting on your shoulders and collarbones.

To replace the bar at the end of the movement, secure it by keeping it on your shoulders and collarbones and slowly move towards the rack to rest it in the supports.

The position of the hands and feet

The grip is important. Avoid taking suicide because the bar can easily roll towards your wrists and escape.

Wrap the bar tightly and place your thumb on your index and middle fingers.

Your hands should be positioned just shoulder width apart . Avoid oversized grips which, in addition to placing unnecessary stress on your joints, reduce range of motion . Your elbows should be glued to your sides and pointed forward. 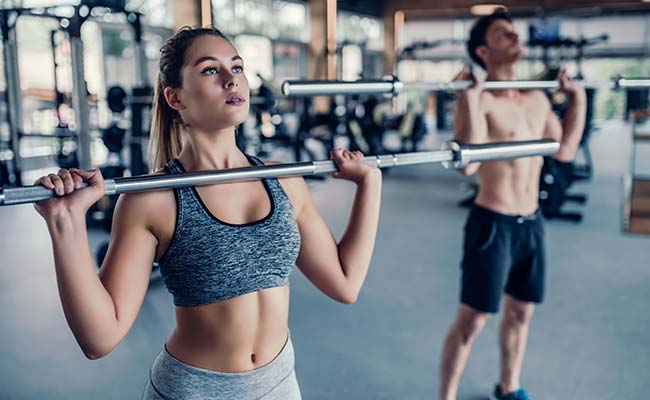 The spacing of the feet is also very important. If they are too tight, you may be out of balance while performing the exercise. Too far apart, you risk spoiling your movement by focusing on the pain you will feel in the adductors.

Ideally, your feet should be shoulder-width apart.

How to push the bar?

Once the bar is unlocked and secured on the front of your shoulders, push it towards the ceiling . Your back should be kept as straight as possible, although some schools tolerate arching. You risk injuring yourself, in addition to reducing the strain on your deltoids.

To avoid helping your back, bring your head forward so that it is smack under the bar once your arms are straight. Bring it back slightly as you descend.

In the eccentric phase, use your back muscles to slow down and secure the descent . You will notice that your sensations will be increased tenfold by making this effort, and your results in the process!

The military press is by far the most difficult and tiring exercise for the shoulders, just like the squat is for the legs. The loads are not always the highest, and the effort requires a good dose of cardio .

But the military press has a few variations and alternatives for those who prefer to avoid it.

It is performed on a special shoulder bench, or in a squat cage with a straight bench. As a general rule, you sit stronger because the stabilizing muscles are no longer engaged and the feet can promote a better push.

The bar should be lifted behind you, and then brought back over your head before starting the movement. 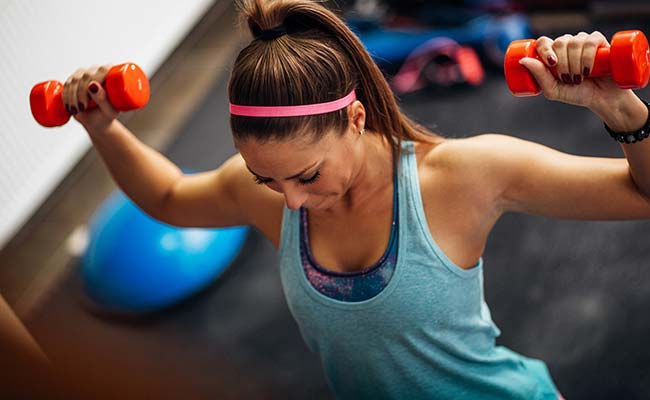 It can be done standing or sitting , the standing position adding an additional constraint.

In addition to stabilizing the trunk, stabilize the dumbbells.

This is a very demanding exercise, where the loads do not fly off, but it allows you to target the entire shoulder girdle well.

The Arnold press is done with dumbbells and seated. It is about bringing the dumbbells in front of the face in a low position , before bringing them to the sides to develop the load again.

This variant not only strengthens the rotator cuff but also allows better targeting of the anterior deltoid.

In general, we do not recommend shoulder presses on machines. They reduce muscle recruitment and compensate for imbalances. To benefit from the benefits of the machine shoulder press, choose the right material:

Our tips for progressing in military development

In order to progress well in military development and get the most out of it, you should first of all not get injured. 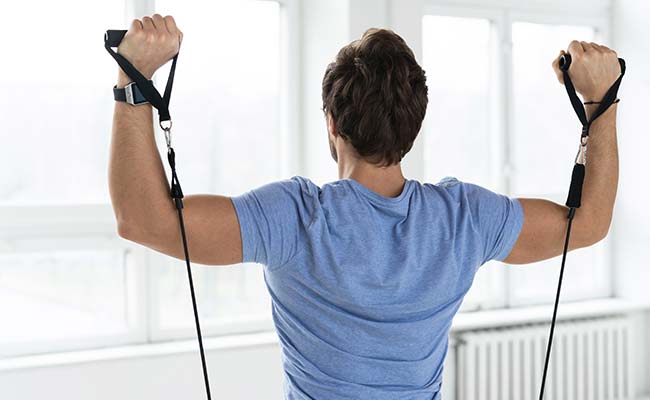 What exercises to lose weight quickly?